1. What is Digital Signature?

Digital Signature is a mathematical scheme for authenticity of a digital message or document. A valid digital signature gives a recipient, reason to believe that the message was created by a known sender, and that sender cannot deny having sent the message, and the message was not altered in transit.

Currently DSC is made on SHA-2 function.

The Hash Value of PAN ABCDE1234F is

Generally, people think DSC contains scan copy of their signature, this is wrong. The DSC works on cryptographic hash function designed by NSA.

There are so many benefits of DSC but the most important benefit is that once we have signed any document with DSC it can't be tampered or changed.

Example: - While using DSC on MCA e-form, if user need to modify e-form, all DSCs attached in the e-form are cleared.

You can also CONTACT US for buying all types of DSC ( Class 3, DGFT ) at best price.

You can also become our partner and get Emudhra, Vsign and Sify Digital Signature Certificate (DSC) Franchise/Agency or become DSC reseller. Read More... 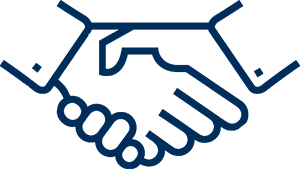 Do Not wait for last date RUSH...